So far this May, we have covered Pokemon, Godzilla, and now, DRAGONS. Unfortunately we weren’t able to use the studio this week (we were traveling) so instead we recorded on location!

We made a list of our top 10 movie dragons! Based on ability, plot significance, design, and personality, we ranked our favorite fiery reptiles.

This episode is special for a few reasons. Not only is it slightly shorter than our other cases, it’s also the last full-length episode for May! Next week we will be taking a brief hiatus, but we will be back in June.

Don’t forget to sign up for our newsletter so you can stay up to date on our latest projects!

We ranked each dragon on a scale from 1-10 in four categories. Those categories were: Ability/Power, Plot Significance, Personality, and Design

10. The Hungarian Horntail from Harry Potter and the Goblet of Fire

6. Haku from Spirited Away

5. Falkor from The Neverending Story

4. Smaug from The Desolation of Smaug

2. Toothless from How to Train Your Dragon

Last week we discussed monsters that fit in your pocket. This week, we’re talking about the biggest monster of them all! Some may even call him the king of monsters. We’re talking, of course, about Godzilla!

In the late 1990’s, Pokemon fever swept the world. Starting in Japan, the game was developed by Satoshi Tajiri.

As a child, Tajiri enjoyed capturing insects near his home in Tokyo. This hobby inspired him to develop a game that would give children the same experience. Originally, the game was called “Capsule Monsters” and was influenced by a TV show called “Ultra Seven.” In the show, the protagonist used large animals to battle and kept them in small containers between fights. Tajiri also imagined using the GameBoy link cable to transfer the small monsters from one console to the other.

Tajiri formed “Game Freak” (a game developing company that was named after a short lived magazine) and attempted to pitch the game to Nintendo but was unsuccessful. But when a famous developer named Shigero Miyamoto (Super Mario, Legend of Zelda) pitched it to Nintendo and got the funding they needed to develop the game. The name was changed to “Pocket Monsters” due to trademark issues. Six years later, the first Pokemon games were released.

On April 1st, 1997 the Pokemon anime premiered in Japan. The main character was named Satoshi (later changed to Ash for the Western release) after the creator and was based on a character Red, from the first Pokemon manga.

The first 4 seasons of the show used cel animation and the fifth season was digitally animated, starting with the episode “Here’s Lookin’ at You, Elekid”

There are 21 released movies with a 22nd one to release this year (Not including the movie Detective Pikachu).

Pokémon 3: The Movie – Spell of the Unown

Pokémon 4ever: Celebi – Voice of the Forest

The Pokémon anime series was largely credited for allowing anime to become more popular and familiar around the world along with Dragon Ball Z. This is especially true in the United States, where the two highest-grossing anime films are both Pokémon films. (Number 6 and 10 worldwide). 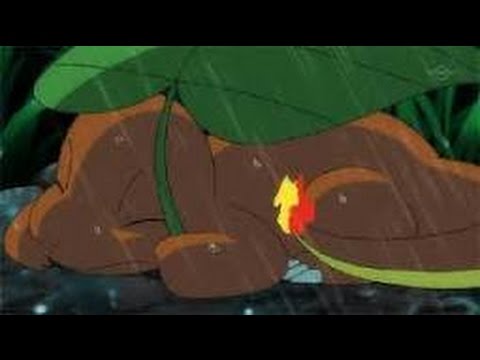 The Song of Jigglypuff

On May 1st, 1999 an sea sponge applied to work at The Krusty Krab as a fry cook. Showing off his unrelenting optimism and cooking skills, he won the hearts of Mr. Krabs (his future boss) and children everywhere. Now 20 years later, Spongebob Squarepants is a cultural icon.

Spongebob Squarepants changed Nickelodeon and cartoons forever. He was a beacon of humor in times of struggle, giving Americans reasons to laugh. The world was in need of his talents, and Spongebob was READY.