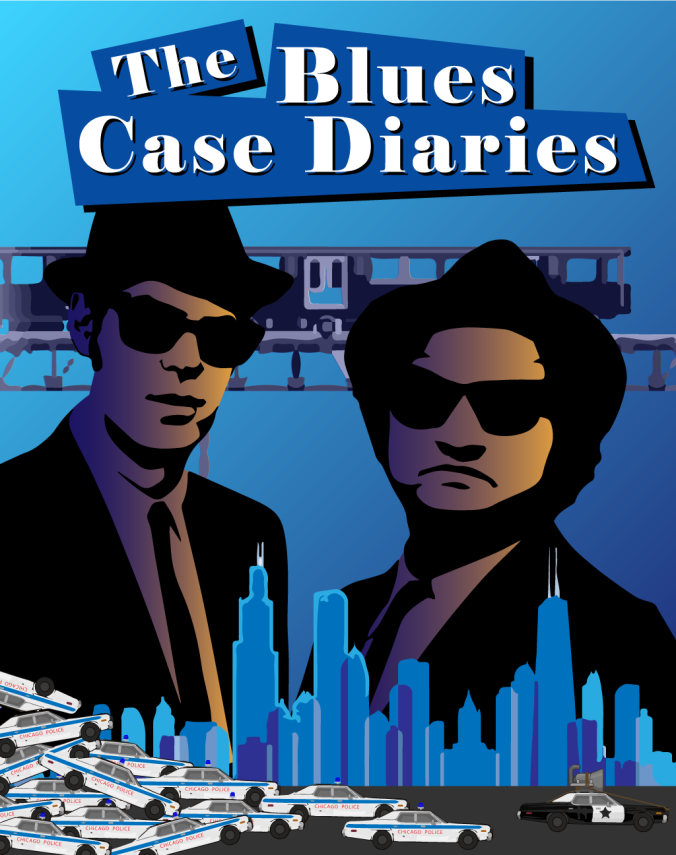 Hello everyone and welcome to season 4 of The Black Case Diaries! We’re three old friends learning as much as we can about movies and TV, and hopefully teaching others in the process.

We decided to return strong with our now annual series on movie music: June Tunes! This month we will be covering various topics all involving music in movies. Today we’re starting with an all-time favorite!

In the summer of 1980, a film that defied description raced into theaters. The Blues Brothers starred two big names from SNL, an all-star list of Rhythm and Blues legends, and one of the biggest budgets in comedy history. Even John Landis, the film’s director, wasn’t sure what genre the film belonged in. Is it a comedy? Musical? Forty years later, one thing is for certain: it’s a cult classic of epic proportions.

Today we’re taking a look at The Blues Brothers, the history of the SNL sketch, the band, and the movie. We’re 369 miles from Chicago, have a full doc of research, it’s dark and we’re wearing headphones. Hit it!

The movie follows Jake and Elwood Blues, two brothers on a mission to save their home by raising 5000 dollars in just a couple days.

How the Movie was Received

We thought it was fitting to start our June Tunes with this comedy/action/musical film in the month and year that it turns 40. Happy Birthday, Blues Brothers!