Well ghosts and goblins, it’s time for part 2 of our month of Disney Halloween! This week, we’re covering one of the scariest and most obscure Disney Live-action releases!

Everyone knows that the 80s was the scariest decade for Disney movies. In animation, there were dark flops like The Black Cauldron. But live-action was the real horror show. Three of the scariest films ever released by Disney came out during this time, two of which we’ve already covered on this show. They were: The Watcher in the Woods, Return to Oz, and finally now, Something Wicked This Way Comes.

Tonight, we’re taking you to Dark’s Pandemonium Carnival on the edge of Greentown, Illinois. We’ll walk through the mirror maze as we discover our deepest desires…or our greatest fears. Come join us, won’t you? By the pricking of my thumbs…Something Wicked This Way Comes!

It’s late October in Greentown, IL when a strange carnival comes to town. Best friends Will and Jim go exploring and discover that under its friendly facade, the festival is much more sinister than it seems. As adults in the town start to go missing, the boys realize that the carnival feasts on the desires of men and uses them to do their bidding.

Usually, we run through the facts of how a movie is made, but this week we’re doing something a little different. We understand that this movie is fairly obscure, and many listeners may not have seen it–or at least maybe it’s been a long time. So, we’re going to run through some of the biggest scenes in the film while discussing how it was made! Hopefully, this will give listeners more context.

Something Wicked This Way Comes is dark and magical. Pressing play on this film is like opening a time capsule to 1980s Disney, when they weren’t afraid to get truly scary. The film is frightening for children and adults alike, but for different reasons. For children, the fears are literal, like darkness and spiders. For adults, the frights are more abstract: like failure and weakness. And this story makes us all face the question: If you were faced with the chance to fulfill your deepest desires, what price would you pay?

Before we go, we’d like to thank our Patrons! Joel, John, Jacob, Jacklyn, JD, Anthony, Shelli, Linda, Bob, and Carlos!

You can now buy us a Popcorn! @  buymeacoffee.com/blackcasediary

Thank you to all that support us whether it be through listening, telling a friend, or donating!

Well cassettes, it’s the SPOOKY MONTH! This is not a drill! It’s time to get spooky! Two years ago, we spent October learning all about some Disney Halloween movies. This year, we’re doing it again! Get ready for three episodes on some of our favorite spooky stories from Walt Disney.

Before Emily Blunt rode off on a Jungle Cruise, before Captain Jack Sparrow sailed on The Black Pearl, before Eddie Murphy got trapped in the Haunted Mansion, Steve Guttenberg helped a group of ghosts move on from their untimely death in an elevator shaft. Not sure what I’m talking about, well, strap in because you are in for one thrilling ride.

Back in 1997, The Wonderful World of Disney on ABC premiered its latest made-for-TV movie. It starred Steve Guttenberg as a former journalist, and a pre-Spiderman Kirsten Dunst playing his niece. The film had an interesting concept, to say the least. It was based on a Disney World ride: The Hollywood Tower of Terror!

Today, we’re taking you back to the late 90s, as we uncover the truth behind the mysterious disappearance of 5 guests at the Hollywood Tower Hotel on Halloween night, 1939. Join us as we take a terrifying look at this spooky Disney gem.

HISTORY (OF THE RIDE)

When DJ was interviewed by Beyond the Mouse Podcast, he commented on what it was like hiring and working with the cast. This was one of the few movies that he shot in Los Angeles, so many actors that came in to audition were well known. Because of this, he was actually a little starstruck. On another note, he mentioned that it was fun to be able to work with a predominantly adult cast who could carry the workload after having worked with almost exclusively kids.

Although Disney’s Tower of Terror wasn’t technically a Disney Channel Original Movie, it was prominently featured on Disney Channel for several years. For many of us 90s kids, it was a Halloween staple, a fun ride that felt like a prolonged episode of Are You Afraid of the Dark.

So, for our first episode of Disney Halloween, we were happy to take you into the fourth or maybe fifth dimension…down an elevator shaft and into the not-so-Twilight zone (because copyright I guess).

So if you haven’t seen this wonderful Disney charmer, go ahead and give it a go. We’re sure you’ll FALL in love.

You can now buy us a Popcorn! @  buymeacoffee.com/blackcasediary

Thank you to all that support us whether it be through listening, telling a friend, or donating!

Hello and welcome the Black Case Diaries! We’re in week three of June Tunes, and this time we’re bringing you a ranking of some of our favorite songs in the Disney songbook.

It’s undeniable that Disney music is an iconic element to the studio’s best animated films. Disney songs have permeated American (and sometimes world) pop culture throughout the last 70 years. Some songs are tender moments between characters while others are show-stopping power ballads that we belt out in our cars. Today, we’re taking a look at some of the most fun and interesting entries in the Disney songbook: The villain songs.

These songs are incredibly important in terms of introducing the audience to the main antagonist, giving us a look into the mind and motivations of a character. A good villain song is fun to listen to and perform, and it brings (sometimes) much-needed depth to these intriguing characters!

We’re bringing you a top 10 list of our favorite villainous tunes, with some background and history on each.

The Phony King of England

Ever since humans have been able to record images, we’ve wanted them to move. From cave paintings and carved ivory on strings, to the blurred drawings of Da Vinci, humans have been obsessed with their art coming to life for thousands of years. Today we refer to this phenomenon simply as animation. Animated films today are the most lucrative kind in the business, earning the medium more respect with each passing year. This week, we’re taking a look at the history of animated films and their evolution throughout early cinema. So bust out your flip-books, pencils, puppets, and clay; it’s time to get animated!

The History of animation

Back in 1982, The Wonderful World of Disney aired a Halloween special comprised of animated clips from some of their spookiest works. With about a 60 minute run-time, Disney’s Halloween Treat was hosted by Hal Douglas, an unseen narrator, with a few appearances from a talking foam pumpkin.

Segments of the Special

In this episode we talk about both specials. We cover clips from both, where they are from, and what we love about them.

So buckle up! It’s gonna be a REAL treat 😉

This is how the original special ended, and it’s how we will end our Halloween special as well! Happy Halloween, everyone!

We’re in week three of our Disney Halloween series! This week we’re talking about the 1980 film “The Watcher in the Woods.” This is a supernatural, sci-fi thriller set in England.

The story preys on two classic fears: The Woods, and being watched. I know it sounds silly when you think of that and the title of the movie, but it’s true. There are a lot of supernatural ties to the woods. It’s a place where many feel close to nature, but it’s also a place that holds terrifying tales of people losing their way and never being seen again.

When we’re in the woods, we feel small. The trees tower over us, and the foliage blinds us from seeing long distances. Even if we venture in alone, we know we are surrounded by so many unseen animals and insects. So, the belief that there are mythical beasts or wandering spirits in the woods has been around for centuries. This is why the woods are a great place to tell scary stories. Even when we sit around the campfire, we’re not safe. We can be seen, but we can’t see beyond the flames.

The other fear is being watched by an unknown person or thing. This is also known as scopophobia. We use the threat of observance to trick children into behaving; we tell them that Santa or his elves are watching every move they make. None of us like to feel that we are being watched, and it gives us a strange and creepy feeling, much like most of this film.

Making of the Movie:

Today we’re kicking off our month of Disney Halloween movies with the live-action classic: Hocus Pocus!

The history of the Salem Witch Trials

The Story of Hocus Pocus

The Making of the Movie

It’s officially summer! It’s the season of cook-outs, family reunions, patriotic holidays, and childhood nostalgia. This week, we each chose a movie we watch every summer and talked about why it’s a quintessential summer movie.

Adam started off the episode with the 1980 classic Caddyshack!

Marci brought us back to camp with Heavy Weights (1995)

Robin finished up the episode with Field of Dreams (1989)

If you like our show, please consider supporting our Patreon! https://www.patreon.com/blackcasediaries

Until July 31st, you can nominate us for a Podcast Award under TV/Film! https://www.podcastawards.com/app/signup

Happy Fourth of July from all of us here at The Black Case Diaries! 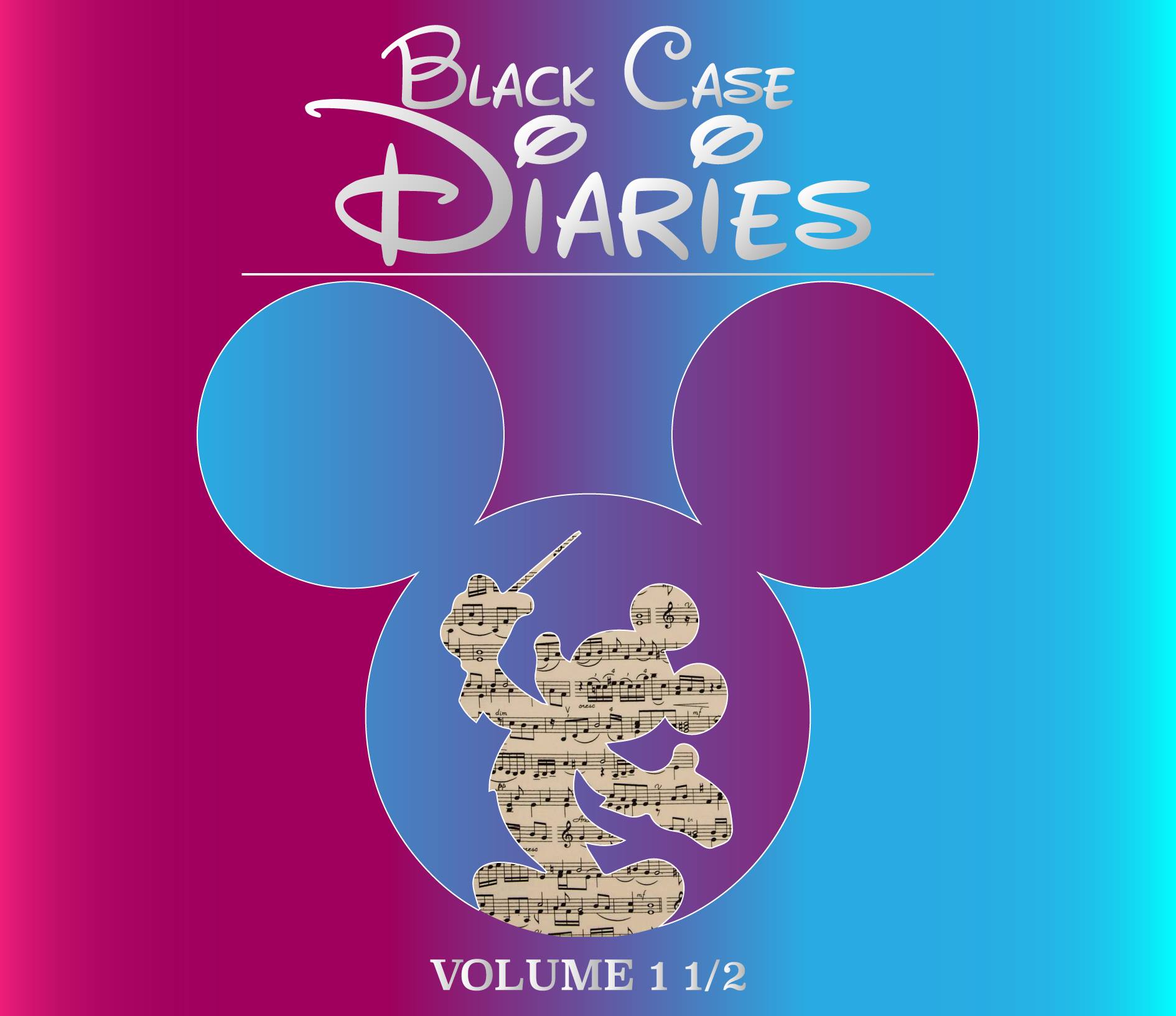 We are dedicating the month of June to movie music! First on our list, we have the third installment of our film score series! This week we are focusing on the scores and songs of the Disney Animated Classics. We will be looking at Disney scores by each era, while discussing the evolution and influences of the music.

In order to listen along to the incredible list that Robin put together for this episode follow the link below!

The Bronze Age (or Dark age)

Well Cassettes, it’s finally here! Thank you so much for joining us on our quest for the best Disney (or Pixar) Princess! After 5 weeks of discussion, we do have a winner!

Special Thanks to Kelly Tyree for joining us this week as a guest judge! 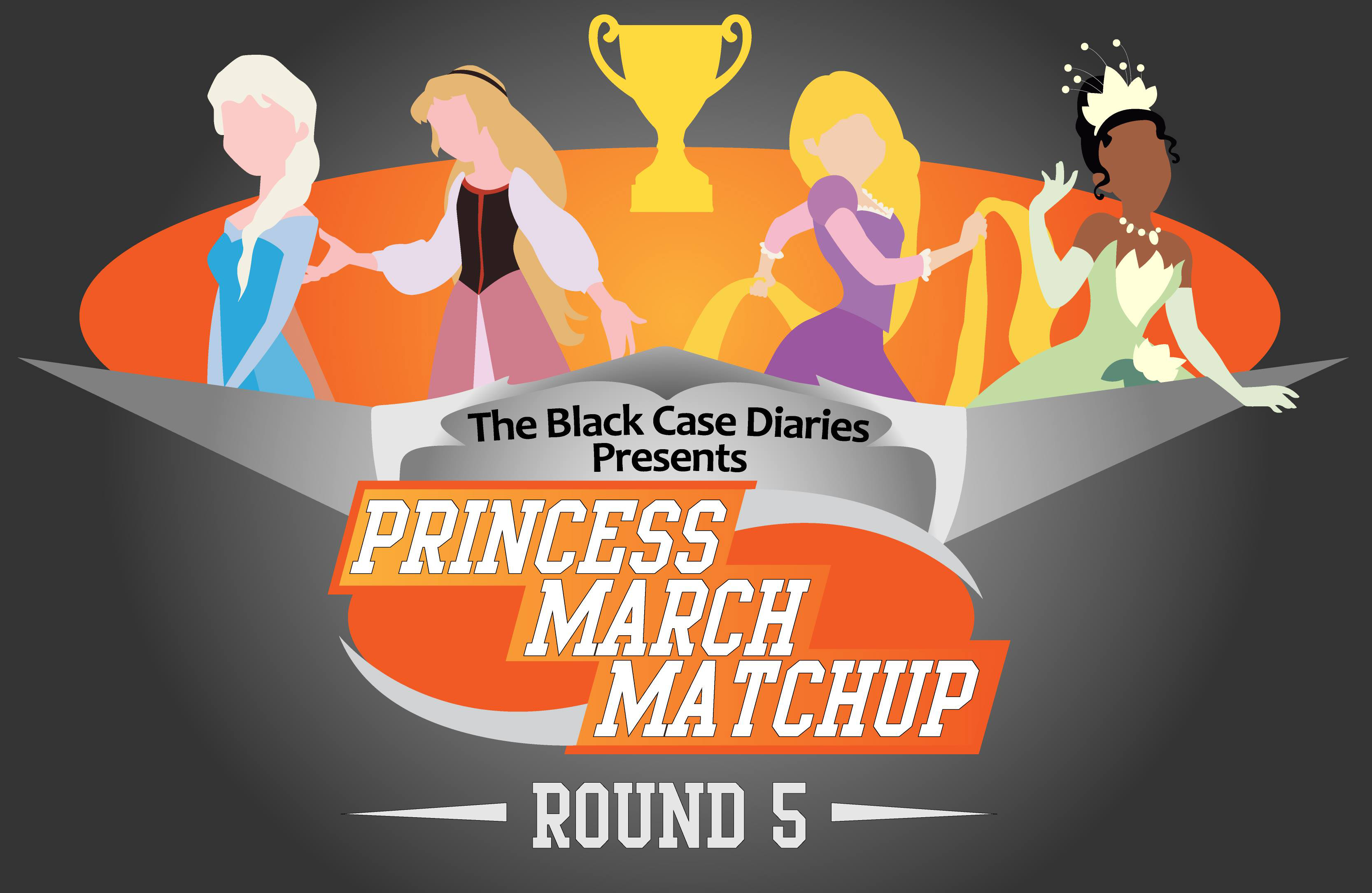 We spent a lot of time discussing these princesses over the last few weeks, and our judges have brought us to the final four!

For the final round, Kelly selected Tiana and Rapunzel. For the final, we all voted and Tiana came out on top! We believe Kelly put it best when she said it was because “She is a self-made queen.”

Thank you so much to everyone who read our blog or listened to our episodes the past five weeks. This was a great time, and we are excited to continue to bring you new episodes on different topics! We also want to thank everyone who came on to judge!